President Barack Obama had dinner with Technology Business Leaders in Woodside, California, on Feb. 17, 2011. Apple’s Steve Job, and Facebook Founder Mark Zuckerberg were seated beside the President among others. 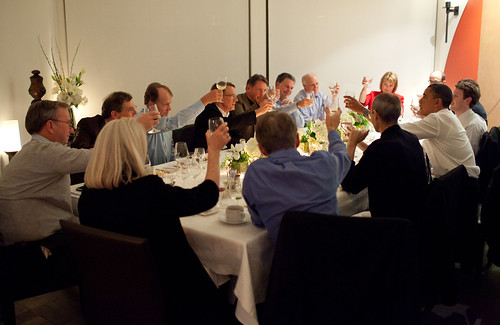 Invitees: So how many people can you identify in the photo? SE Land has marked the photo to help you identify the people seated for dinner. As per their information, and NewYorkTimes had a list of invitees.

Agenda: WSJ says “the overall aim of the meeting was for Mr. Obama to discuss his competitiveness agenda, and to find new ways the government and private sector can work together to lift the shaky economy.”

A2 HOSTING - Notice how fast our site loads? 66% off Black Friday Sale!

SEMRUSH SEO - The only SEO tool we use. Get Free Trial today.