What are extra large ads for you – 768x90px or 160x600px banners? Well XXL extra large size advertisements went live on top websites like CNN, New York Times as consumers continue searching for content between the ads.

I spotted this huge Mercedes ad on New York Times 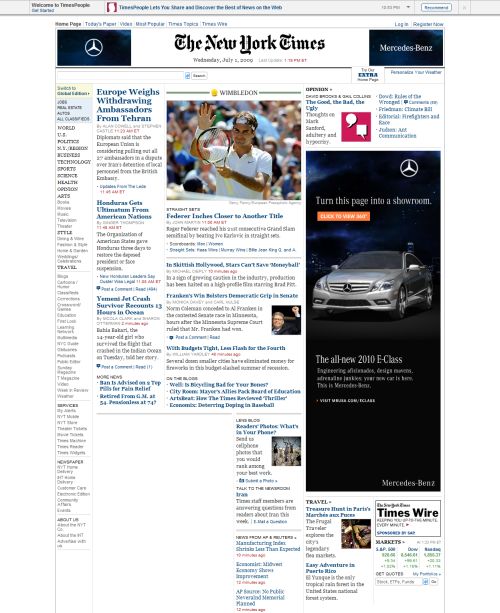 
The Online Publishers Association (OPA) represents high-quality online content providers before the advertising community, the press, the government and the public and comprises of some of the most trusted andwell-respected media brands. Some of the top advertiser brands leveraging the new OPA ad units include Bank of America,  Cleveland Clinic,  CNA, Frito-Lay, Mercedes-Benz etc.

Of course bigger ads lead to better visibility and more brand presence. For CPM advertisers, the bigger the ads are, the better it is, as they pay for ad impressions. Since these large ad spaces on top sites would be very expensive, they will be afforded by only top advertisers. Moreover, these ads look great because of high ad quality as top brands would have engaged  top ad designers.

How large will ads get? I expect even larger ads in the future. They are still better than the full page ads!