Apple iPhone is a revolutionary gadget that every mobile user wants. But in India you can only buy Apple iPhone from the gray market, or they are bought from US or other supported countries and unlocked for use with local networks. But now soon you can legally buy iPhone in India with a supported Vodaphone network.

Vodafone today announced it has signed an agreement with Apple to sell the iPhone in ten of its markets around the globe. Later this year, Vodafone customers in Australia, the Czech Republic, Egypt, Greece, Italy, India, Portugal, New Zealand, South Africa and Turkey will be able to purchase the iPhone for use on the Vodafone network.

Apple iPhone combines the power of a mobile phone, widescreen iPod, and the Internet in your pocket. Under a year back, Apple iPhone premiered at Apple Retail Stores nationwide and instantly topped the most wanted gadgets lists worldwide. However you needed a AT&T Inc. service plan to get connected. Now Vodaphone will let Indians become proud owners of Apple iPhones…

What will be the sale price in India is yet to be announced. But remember how Apple crashed the iphone prices by $200 last year and were forced to offer early iphone buyers $100 credit! Recently Apple doubled the memory and launched iPhone 16GB model for $499, which was the original cost of a 4GB iPhone when launched!

Anyway, its still fun to watch the funniest iPhone videos. 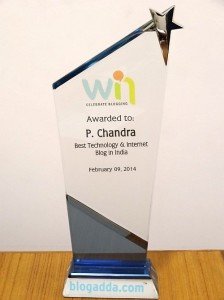