Ukrainian TV journalist Julia Gorodetskaya (@gorodetskaya) has become the first person to send an underwater tweet on Twitter from a 19-foot-deep pool of dolphinarium, Nemo in Odessa, Ukraine. It was organized by national mobile operator Kyivstar and was broadcast live to the Internet. 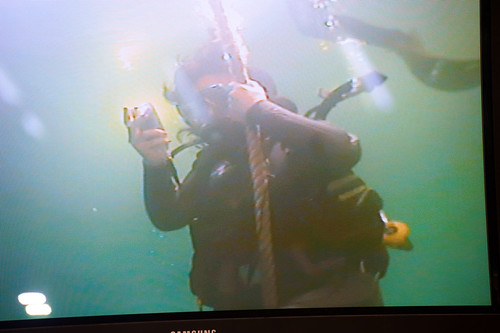 Image set via netocrat under CC

Catch the underwater tweeting video below


Underwater tweeting is all set to become a craze? Catch the buzz trending on Twitter at #underwater_tweet.