What are benefits of Home Networking? The concept of the Personal Computer has become popular and computers have become part of almost every home. In fact, at present, there are many homes with more than one compute for each member of the household. Connecting these computers in a home network or a home area network (HAN) using a home networking solution has numerous advantages.

A home network is a residence-based local area network and it connects multiple computers within the residential area. The simplest of home networks usually connect two or more computing devices so that files, printers, scanners etc. can be shared between these along with a single Internet connection. Sometimes, for increased functionality a server may also be added. 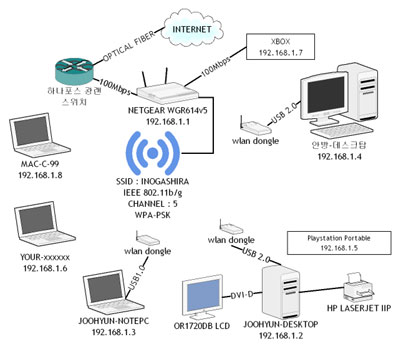 Image by kenchanayao (released under CC)

File sharing is another such advantage provided by home networking. It also provides an extremely effective storage solution. In most home computers, there is a build-up of old files over long periods of time. When new files must be created and stored, it may so happen that there is not enough space on the hard disk of a certain computer which contains too many of such old files.

An effective way of dealing with such a situation is to transfer files from the computer to any of the other computers connected in the home network which have adequate memory space. In fact, one computer can be designated the “file server” which stores all these files and every time the file needs to be accessed, the networked computer just has to connect to the file server and retrieve it. As there is only one storage location, data handling is simpler and disk space is saved. Information exchange also provides a big boost to multiplayer gaming and easier file printing by printer sharing.

This guest article was written by Amit Bhawani who blogs different How to Guides.