4G LTE stands for Long term evolution and is the fourth generation in Mobile technology. The new Wireless technology claims you can get download speeds of 100mbps and upload speeds of 40mbps! Now that is way beyond what 3G services offer. It sets to redefine Internet speeds, as you can now watch your favourite Bollywood movies streaming without buffering, easily download HD movies in minutes, download music and upload photos in seconds, play multiplayer online games like never before and of course your files will sync over Dropbox even before you realise it’s done. 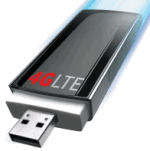 4G LTE packages – As of now, Airtel has launched 4G LTE services in Calcutta starting at packages of 999 INR per month with 6GB quota. The higher end package will cost monthly rental of 1999 INR with 18GB free quota. With those high Internet speeds, your free quota will surely be gone very soon!  Both the services will be available in prepaid and postpaid format.

It is expected that 4G LTE services will be launched in Bangalore soon. Users will require a 4G LTE enabled device (Airtel 4G LTE USB Dongles)  and a USIM (which supports Supports 2G, 3G, 4G Networks and JAVA Applications) to get started. But remember that 4G networks will not make or receive voice calls and SMS.

Premium broadband services – It will help Airtel promote its premium services like Airtel movies, Airtel games and broadband TV. It’s a win-win situation for  Airtel customers, as I’m sure that there are a lot of Indians out there who are willing to pay for the premium Internet broadband services. Airtel has pioneered this move to bring 4G LTE in India, even as 3G has low penetration in Indian cities, and most mobile phone users and mobile devices still use GPRS and EDGE networks to access Internet services.

Even now most mobile devices in India will not have support for 4G LTE services, unless you own some latest Apple gadgets like the new iPad. Sit back and relax as more telecom operators get ready to bring 4G LTE services to your city and the prices will crash.